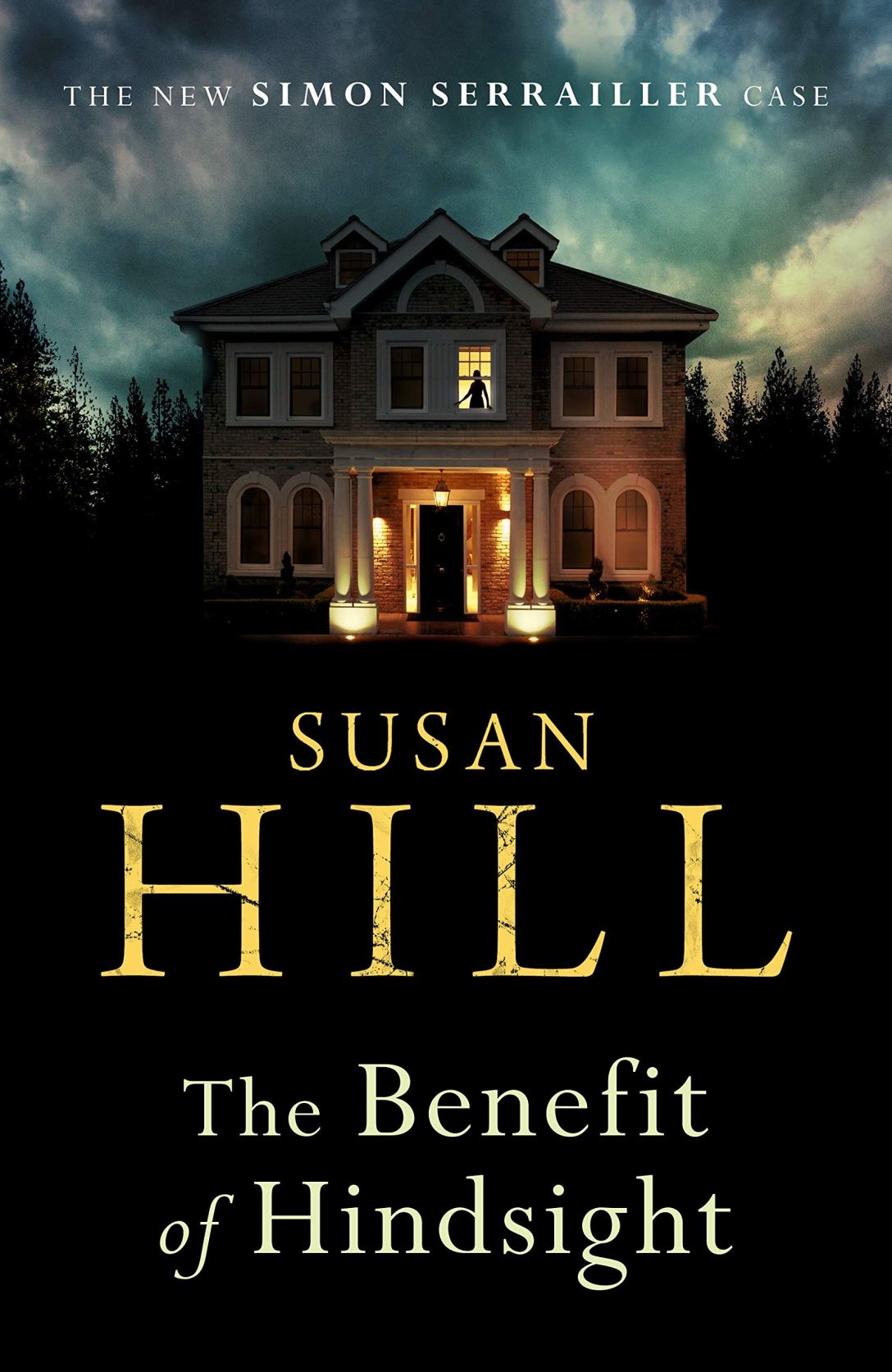 As a series continues, they become increasingly difficult to review, don’t you find? All the witty and intelligent comments you can think of you have used before!

So, looking at The Benefit of Hindsight, have we got all the hallmarks of a Simon Serrailler novel?

Has Lafferton been struck by a series of horrific crimes? Check! In this outing, the focus seems to be burglary initially: organised, complex burglaries to order of high value items from isolated homes. It doesn’t take terribly long for one of those burglaries to then end up in a death.

Is Serrailler back in charge? Check! The previous two books have taken him out of the comfortable environment of Lafferton as he went undercover in The Soul of Discretion, a posting that left him severely injured, and recuperated in Taransay in The Comforts of Home.

Does Serrailler come across as a misogynistic shit? Oh my goodness, yes! He does descend into full blown predator-mode through this! He preys on colleagues and young detective sergeants – to be fair, only the one – in a way which could easily open up a sexual harassment allegation; he preys on nurses – a nurse – in hospital as he alternates between interviewing victims and falling foul to his own post-traumatic stress.

Is the novel informed by and developing issues from earlier in the series? Yes it does – and this is one of the pleasures of this series: memories and traumas and losses and loves from previous novels echo throughout the later ones. Not simply in the fact that Serrailler has joined the ranks of Cormoran Strike to be a detective with a prosthesis, but the fact that his trauma still affects him and his job. In this case, taking the form of powerfully described crippling attacks of anxiety.

Does the novel abound with familiar and new secondary characters and plots around Lafferton? Check. Cat Deerbon, newly engaged in private practice, gets involved in the sub-plot; Lafferton’s cathedral takes a brief centre stage moment; Simon’s art is returned to; be bump into Simon’s ex, Rachel. And Susan Hill uses her broad narrative sweep to encompass a wide range of minor characters in the main plot. As we have come to expect, the city of Lafferton is almost the main character.

The main plot – the burglary scam – is fairly run-of-the-mill stuff. Engagingly written and the depiction of the first victims, Tim and Ade, was vivid and vibrant and warm, though I found the other victims, Cindy and Declan McDermid, significantly less credible: retiring millionaires who give money out philanthropically – including giving a Bobby van to Lafferton Police – and are touchingly shy and self-effacing when giving speeches. As soon as they leave the unveiling of the Bobby van, they interrupt the burglary and are tied up and Cindy murdered. In a strangely brutal way which for me did not seem entirely consistent with an interrupted burglary gone wrong.

The hindsight required in the title of the novel reflects on Serrailler’s decision to withhold from the public the details of Tim and Ade’s burglary, details that could have led to the McDermids taking additional security procedures. Was his post-traumatic stress inhibiting his decision making? Was he right or wrong to make that call? Should he be facing reprimands because the consequences of that initial decision were tragic and fatal? Personally, I smelt scapegoat and sacrificial lamb being cooked up there.

To be honest, I actually found the sub-plot with Colin and Carrie actually far more engaging. They were a very vulnerable couple: Colin was painted in fairly broad brush strokes way to be on the autistic spectrum in some way, hiding from his wife and humanity behind the computer screens on which he did his various financial trading; Carrie, pregnant in the opening chapters and later mother, was morbidly convinced that there was something wrong with her child even before she had been born – even before she had been conceived.

Hill managed the ambiguity of that situation wonderfully: we could both sympathise with and be horrified by both Colin and Carrie; we wanted them to be supported, but we wanted their daughter protected from them both.

We also need to consider the conclusion of the novel. There are some – many – probably most – readers of crime fiction who crave the resolution, the re-establishment of law and order after the chaotic intrusion of a crime, the return to the status quo. These readers are going to find the lack of resolution that this novel offers incredibly frustrating – but then this is not really a detective series any more. It is more like a soap opera, a saga of Lafferton, in which the fact that Serrailler is a detective is almost an incidental fact. For myself, I enjoy that controlled and deliberate and gentle subverting of the genre: don’t forget that in The Various Haunts of Men, the very first novel back in 2004, Freya Graffham – who so far as we could tell was our detective protagonist – did not survive. Hill is not a writer to be a slave to convention.

Overall, I think this felt almost like a reboot: the brief foray into a thriller genre since The Soul of Discretion feels like it has returned back to its roots.

2 thoughts on “The Benefit of Hindsight, Susan Hill”