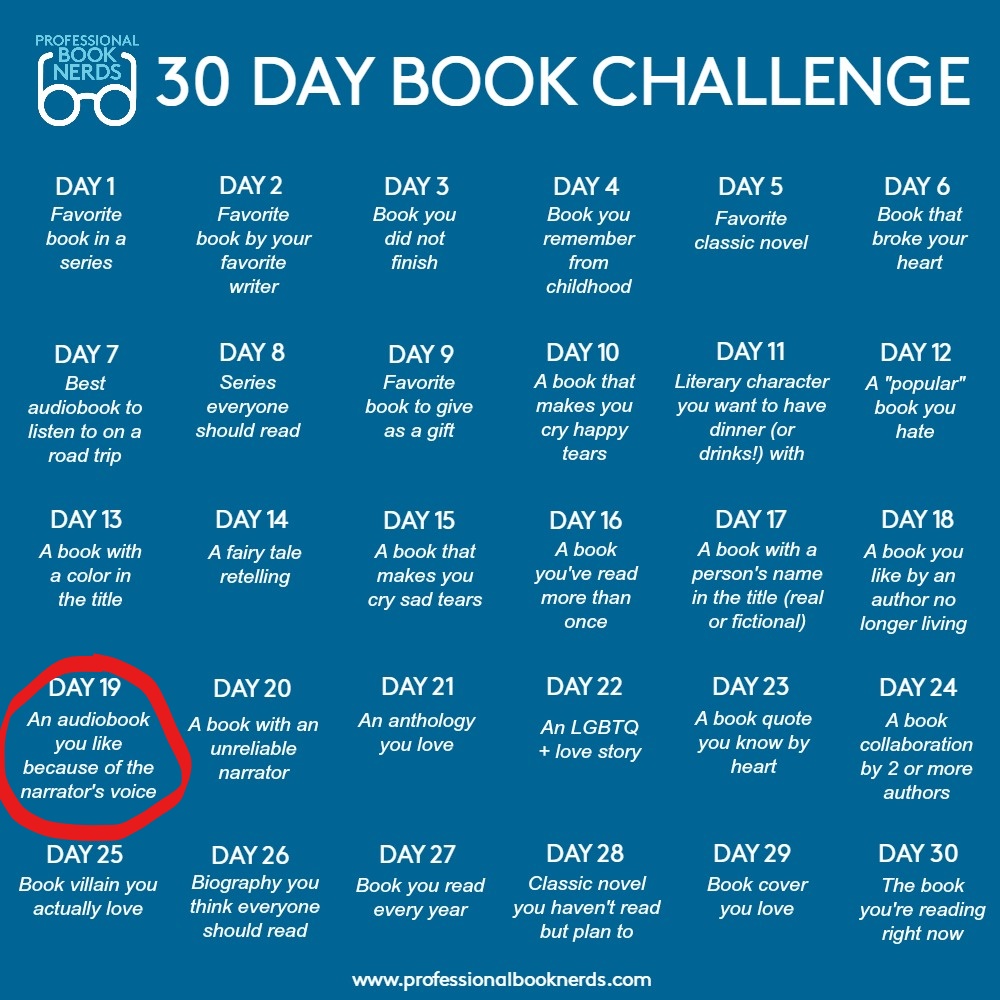 An audiobook you like because of the narrator’s voice.

Now, before selecting a book, I’m going to relate a terrifying incident from my student days. My early student days. Imagine, if you will, a young and inexperienced eighteen year old version of me, a few weeks shy of turning nineteen, entering Freshers’ Week for the first time. Aware that this was a chance to be whoever I wanted to be, no longer confined by the roles I had been in at school. I even tried smoking – for about three days: it did so little for me (neither choking nor relaxing) that when people suggested I might like to buy a pack, I couldn’t see the point.

Anyway, most evenings of this Freshers’ Week were spent in the Student Union, meeting people and pretending to be other than I am – my current self shudders at the prospect now, but at the time it was fueled by alcohol – and a figure appears, drifting into our group. She is tall, athletic, fiery, taut. She leans down and talks. With a soft velveteen Irish brogue. Had I had a pint or two more, I might just have agreed to anything she offered me.

Fortunately, I had not had that extra pint and, therefore, did not fall into the temptation that her vowels and consonants offered – an offer with no less temptation and no less danger than Melmoth‘s. An offer to join the College Rowing Club.

So, in response to this prompt, I do go thinking of Irish voices and I’d go for either John Boyne’s The Heart’s Invisible Furies, narrated by Stephen Hogan or The Glorious Heresies, narrated by Shelley Atkinson. Both two delightful actors who perfectly captured what seems to be a particularly Irish dark humour – and in both novels the humour is very dark.

The other wonderful narrator I’d select – and another wonderful book – is Nicole Arumugam’s narration of Eleanor Catton’s debut novel, The Rehearsal who, I notice, having glanced at Wikipedia, is also half-Irish.