“Let me sing to you, about how creatures become other things”

I was brought up – and still live – very much in the countryside. A safe, British countryside. I know my oak from my elm for my yew. I am currently harvesting apples and blackberries from the garden, looking forward to the walnuts being ready. Even before reading this book, I was telling my daughter that there is more life in the compost heap than in the rest of the garden – including, unfortunately, a wasps’ nest in the corner.

And gardens are strange things. Mine in particular is overgrown and half-wild; yet a garden is by its nature very much controlled, curated, “chartered” as William Blake might say. In some ways, they are a symbol of humanity’s hubristic belief in their control of and dominion over nature; and simultaneously the fragility of that belief. Having visited Mapperton House Gardens, today, that sense was very strong. Even our forests and woodlands are managed, here in the UK, which is a little sad…

Anyway, digression aside, man’s relationship with the wilderness – and particularly trees and forests – are at the heart of Richard Powers’ Man Booker Longlisted The Overstory. Individual trees. Forests of trees. Myths of trees. And it’s strange how many myths of trees there are: “Ta-ne Mahuta, Yggdrasil, Jian-Mu, the Tree of Good and Evil, the indestructible Asvattha with roots above and branches below” even before we delve into Ovid’s Metamorphoses. The trees’ intimate connection with books and literature and stories – that most arcane and intimate feature of being human – is apparent throughout from the ‘story’ in the title, the overstory being the canopy of the forest. We are also told, via Patricia Westerford’s father how “the word beech becomes the word book, in language after language. How book branched up out of beech roots, way back in the parent tongue. How beech bark played host to the earliest Sanskrit letters.”

Powers’ novel is separated into four sections: Roots, Trunk, Crown and Seeds and I adored that first section, Roots. It presents stories of his nine protagonists, all separate in time and place, save for Ray Brinkman and Dorothy Cazaly’s stories. Each chapter proceeds in varying paces and tracks, sometimes flashing through generations of human tragedy and triumph within a paragraph, the speed with which our lives flash by in the time scale of the chestnut tree, capable of a life span of a thousand years so that the Hoel family’s traumas though

the twenties that do not roar for the Hoels. The Depression that costs them two hundred acres and sends half the family to Chicago. The radio shows that ruin two of Frank Jr.’s sons for farming. The Hoel death in the South Pacific and the two Hoel guilty survivals. The Deeres and Caterpillars parading through the tractor shed. The barn that burns to the ground one night to the screams of helpless animals. The dozens of joyous weddings, christenings, and graduations. The half dozen adulteries. The two divorces sad enough to silence songbirds. One son’s unsuccessful campaign for the state legislature. The lawsuit between cousins. The three surprise pregnancies. The protracted Hoel guerrilla war against the local pastor and half the Lutheran parish. The handiwork of heroin and Agent Orange that comes home with nephews from ’Nam. The hushed-up incest, the lingering alcoholism, a daughter’s elopement with the high school English teacher. The cancers (breast, colon, lung), the heart disease, the degloving of a worker’s fist in a grain auger, the car death of a cousin’s child on prom night. The countless tons of chemicals with names like Rage, Roundup, and Firestorm, the patented seeds engineered to produce sterile plants. The fiftieth wedding anniversary in Hawaii and its disastrous aftermath. The dispersal of retirees to Arizona and Texas. The generations of grudge, courage, forbearance, and surprise generosity…

This blazing list occurs as, year on year, generations of Hoels photograph their lone chestnut from the same point each year, with the family farm behind them so that “everything a human being might call the story happens outside his photos’ frame. Inside the frame, through hundreds of revolving seasons, there is only that solo tree, its fissured bark spiraling upward into early middle age, growing at the speed of wood.”

In addition to the Hoel family, whose lineage begins with a Norweigan immigrant proposing to an Irish one and culminates in the artist Nicholas, we are introduced to Mimi Ma – daughter of a Chinese immigrant – Adam Appich, Douglas Pavlicek, Neelay Mehta – the son of an Indian immigrant – Patricia Westerford and Olivia Vandergriff. Amongst these we have Vietnam veterans, sociologists and scientists, computer programmers, artists and lawyers. And their lives are – knowingly or unwittingly – intertwined with a range of (beautifully illustrated) trees from chestnuts to oaks to figs. 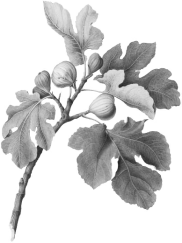 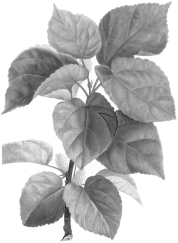 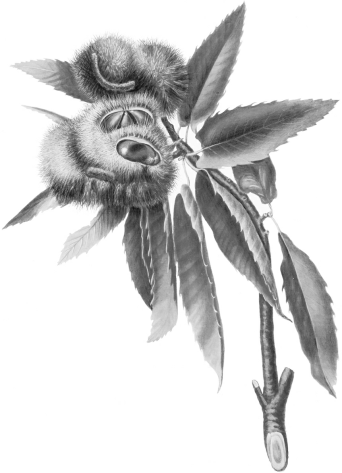 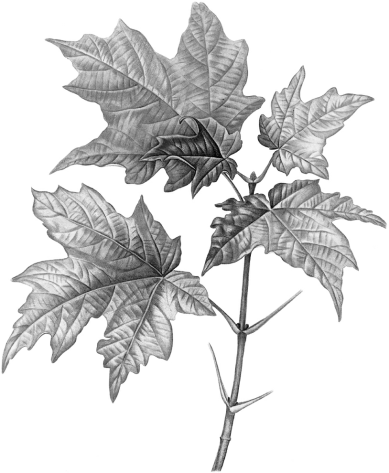 Most of these tales are is very much a re-telling and exploration of the myth of the American Dream, each character striving to find their place in the land of freedom and “the fabled free banquet of America”. Perhaps a human and transient myth to set beside the vegetative mythology.

Most of these characters come together in protests to protect some of America’s last wild forests and massive redwoods, focussing on the mammoth vastness of Mimas “wider across than his great-great-great-grandfather’s old farmhouse. Here, as sundown blankets them, the feel is primeval, darshan, a face-to-face intro to divinity.” A tree vast enough to contain pools, salamanders and huckleberries, its own complex ecosystem and a wonderfully powerful image in the heart of the novel. The characters’ experiences are transformative as, politically and mythically, they adopt new names and identities, as they age and their skin turns into something almost like tree bark. There are touches of otherworldliness as Olivia, who had a near-death experience after which she saw and heard beings of light, emissaries of the trees, becoming the luminous and inspirational Maidenhair; as Neelay is visited and guided by what he feels are alien tree creatures; as fate and coincidence brings powerful characters together.

The protest becomes increasingly desperate and militant in the overwhelming force of capitalist industrialisation, and we see the brutality of the response. Tragedy, both within the protest and for those characters outside the protest, is inevitable, but no less shocking for its inevitability.

The prose throughout the novel is beautiful, lyrical and has a muscularity to it as the characters weave in and out of each other, bond together, drift apart and re-invent themselves.

The scale and ambition of the book is staggering and I find myself struggling to find the words with which to review it. It is a paean to trees and forests, poetic and beautiful, abundant with anecdotes and facts and stories of trees which are all staggering. It is one of those novels which has changed or clarified the way in which I actually see the world – reminding me of the glory in the eternally familiar and simultaneously foreign life around us. It is a novel which never fails to touch at an intimately human level alongside the trees. Yet it is also a book which lives at a mythic level. Is it a political book, as Amazon lists it? I don’t feel the politics in it, although its characters clearly do; I feel the rhythms of poetry, lyricism and it is – and this is not a word I use often – epic.

It could – perhaps – have benefitted from a little more judicious pruning – to maintain Powers’ metaphor – and editing towards the end of the novel but the achievements here are fantastic and nothing can detract from the power and beauty which thrum through each line.

Overall, in a word, extraordinary.

8 thoughts on “The Overstory, Richard Powers”