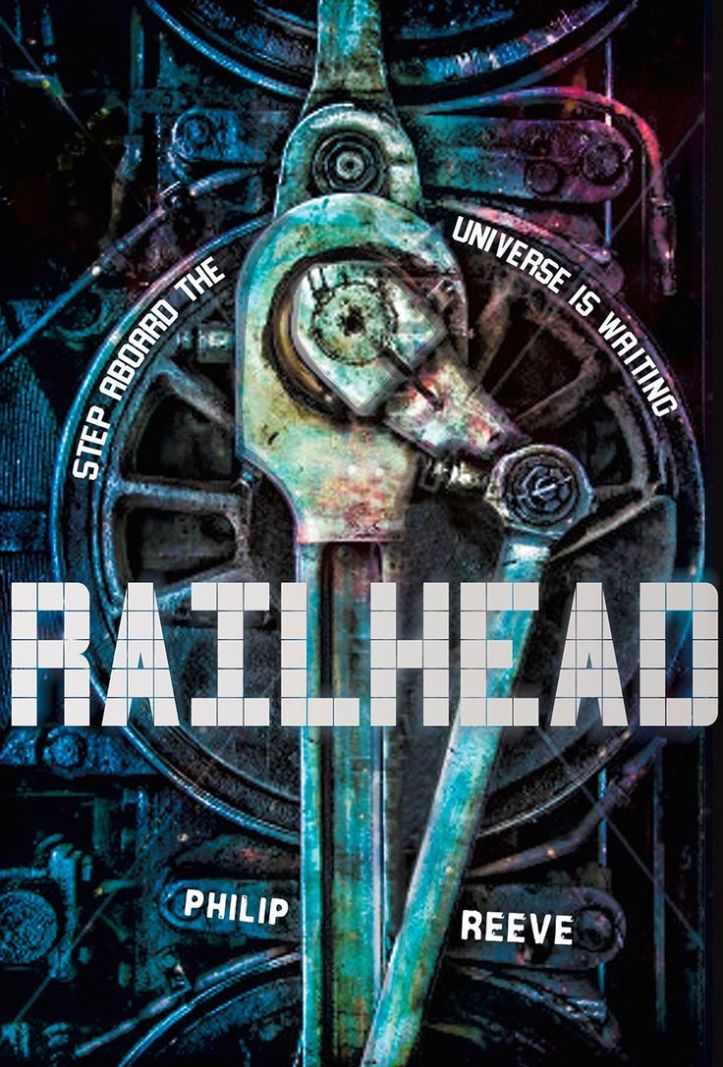 This is a delightfully fun and engaging tale with all the confidence you’d expect of Phillip Reeve, returning to the steampunk genre, if in a very different world, of Mortal Engines.

Here, rather than walking cities, we have sentient trains and K-gates – wormholes or portals, taking trains and their passengers instantly to different worlds and different planets – androids who may or may not be sentient, AIs who may or may not be divine, street urchins and renegade consciousnesses and hive monks. It is a richly imagined and realised world, only a brief fragment of which we see but with enough detail and verve to make the rest imaginable. A word which exists but which ever impedes the cracking pace Reeve creates.

The story follows Zen Starling, the aforementioned street urchin, fulfilling every child’s fantasy role: a meagre existence, relying on his hard working sister and occasional thefts, is transformed when he meets Nova and her employer Raven who reveal that he is actually a lost scion of the ruling Noon family and employ him to infiltrate their train to steal a valuable item. As is not-unexpected, an item whose value is more than financial: a powerful and dangerous artefact within the world created by Reeve.

On the surface, this is a fairly traditional heist tale: various exploits by Zen and Nova lead to them infiltrating the train and they steal the artefact; when abandoned by Raven and learning more about it, they cobble together a revenge heist to steal it back.

There is however, a real humanity in this book and sympathy, albeit generally directed at the non-human characters: the beautiful and  tender trains bearing tags and art with pride and the motoriks, robots and droids with ore soul than R2-D2 or C3PO. And Phillip Reeve is not scared to give the reader shocks: the fate of the sentient trains destroyed (killed?) in the heist and the fate of Nova and, even more so, the tagger Flex were genuinely shocking and moving in a young adult book.

Reeves gives a nod to a number of classic and popular examples of the science fiction genre from  Blade Runner to Dune to Stargate with touches of Arthur C. Clarke.

ramblings of a bumbling bibliophile