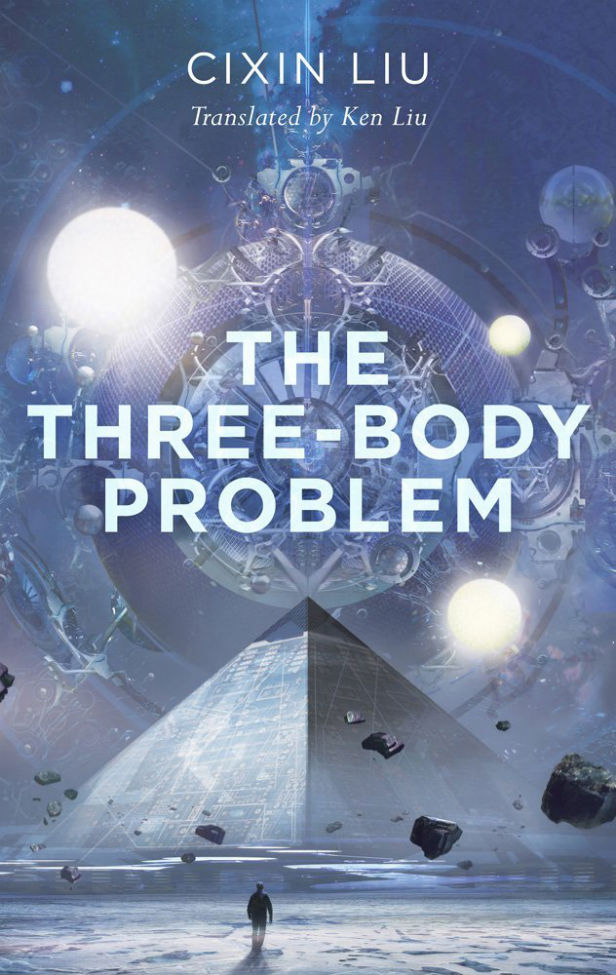 What the hell was that?

There is this much fuss over … this?

Now, I suppose I should confess: I’m not a great science fiction reader. Especially not hard science fiction. And I’m neither a scientist nor a historian of the Cultural Revolution in China. But this was not a good book.

I didn’t dislike it and it maintained my interest; I also didn’t like it and I wasn’t engaged by it.

I don’t know. Maybe it is the fault of my own limitations and ignorance, or of the cultural divide, or the fact that this is a translation and much of the nuances and subtlety of language may have been lost. But even so. It just didn’t work as a story. Not for me anyway.

The novel itself has three narratives orbiting each other: Ye Wenjie’s account of her trauma during the Cultural Revolution and her time at the Red Coast Base listening for evidence of extra-terrestrial life; Wang Miao’s – somewhat tangential – entanglement with the Frontiers of Science, the shadowy ETO and an investigation of the suicides of a number of high profile theoretical scientists; and a narrative within a computer game or simulation called Three Body.

Apparently, the motions of three bodies is a classic mathematical and physics and quantum conundrum: how can the movements of those three bodies (whether orbiting in space or within the nucleus of an atom)? If the three bodies in question are three suns, with orbiting planets, this novel suggests that the puzzle is essentially insoluble and chaotic. Much to the frustration of the players of the Three Body game and – by analogy – the inhabitant of the Trisolaris planet, whose evolution the game is intended to imitate. Whilst at Red Coast, Ye Wenjie transmits a signal to the universe, amplified through the sun, and eight years later receives a warning reply not to make further contact because it would pinpoint the location of the Earth for an invasion. Because of her traumatic experiences in the Cultural Revolution – with which the books opens in a rather Kafkaesque way – Ye ignores the warning and invites the Trisolarans to Earth. As part of their invasion, they attempt to destroy scientific progress on Earth …

As a result of which scientists kill themselves.

Wang – a nanoscientist – becomes embroiled in the investigation of these suicides and is targeted by the Trisolarans himself.

I find it hard to believe that the ‘miracles’ and disturbances created by the Trisolarans would have had the effect that they did on scientists. I really do. I’ll not put any more spoilers in than already exist, but seriously… the book seems to laud science as a god itself, yet scientists fall apart terribly easily. To the extent that a rather two-dimensional straight-talking cop is drafted into the investigation as well – Shi Qiang – who stole cigars, swore, drank and generally played the role of the provider of a no-nonsense common sense perspective.

The science within the novel appears – to my untrained eye – credible and realistic, as does the politics in both the totalitarian early days of the Cultural Revolution and the more relaxed present day… but I don’t read books for science and politics. The novel expounded huge sections in heavy-handed and clunky sections; its dialogue was turgid and unrealistic without it feeling consciously crafted in that way. And Wang Miao had a family: his wife and child are introduced in one chapter as the ‘miracles’ start to manifest. But they are never ever referred to again! They don’t even appear on the Wikipedia entry for the characters in the novel.

There was not one meaningful relationship between the characters in the novel.

And that – the emotional and human warmth – is what I read books for.

The book was an intellectual stimulation and I did enjoy that. But it left me feeling empty.

I’m also irked that I did not actually ever see a Trisolaran, nor visit Trisolaris save for through the interface of the Three Body game. And the game presents Trisolaris via the medium of human shapes and culture so does not even pretend to be Trisolaris.

Take a look at what I think is the original cover art. 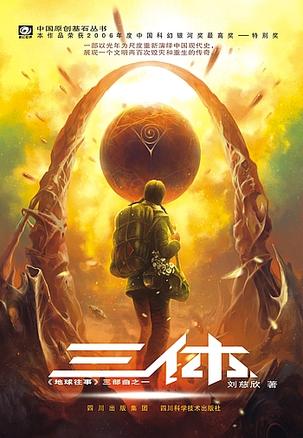 What is that? It looks like something from Stargate or Star Trek, doesn’t it. A portal to Trisolaris? A plucky explorer venturing into the unknown? This is not the book I read! There is no portal. No explorer. No pluck.

No, I’m sorry judges of the Hugo and Nebula awards, I don’t see what the fuss was about.

There is a film adaptation and two further books in the trilogy available (Dark Forest and Death’s End). I doubt I’ll be seeing or reading any of them.

Everything books! Reviews, new releases, and other thoughts.

Come in from the rain.

reader lives of a bookish reader

Dating while human, and other misadventures

Book recommendations for the armchair detective.

The Biblioshelf
Story and Somnomancy

When ideas emerge out of a sleepy, dreamy daze.

Wrapped Up In Reading
Jessicamap Reviews

A Minnesota girl and her books