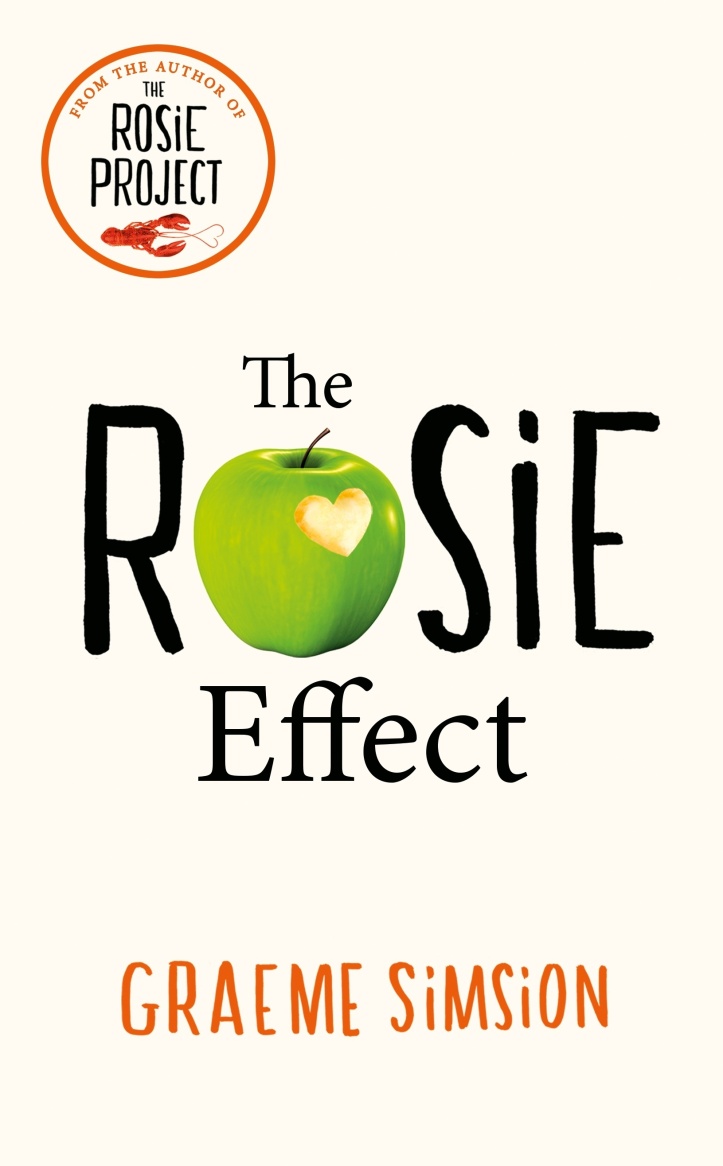 There are some great books that I’ve read over the years.

Neither this, nor it’s predecessor, The Rosie Project, belong in that category.

There are, however, other mental categories into which I file books and this did fall into one labelled silly-books-I’ve-read-extracts-of-to-my-wife and this does fall into that category. It is predictable; it follows an inconceivably tortuous plot. But it’s fun, sweet – bitter-sweet -and, despite misgivings about the portrayal of Don Tillman as someone on an autistic spectrum with mental health issues, you find yourself rooting for him.

The first book concluded with Don Tillman finding love with the eponymous Rosie; the second book takes place a year after their marriage and – nature having taken its natural course – Rosie announces that she is pregnant. The novel tracks the ne t nine months as Don prepares to be a father.

Maybe, having been through that process myself aided my own empathy with Don. Mind you, I don’t recall being arrested, referred to social workers or anger management groups, lesbian mothers or suspected of terrorism. Nor do I think that my reaction to her pregnancy jeopardised the marriage. I don’t think it did.

Admittedly I don’t quite have Don Tillman’s problems. Simsion tries to avoid any special if it diagnosis of the character but he certainly displays a social anxiety and social difficulties comparable to the autistic spectrum; he also generates a wide and eclectic group of friends.

Reading the novel is a little like stepping into the world of American sitcoms: The Big Bang Theory, How I Met Your Mother, Friends… Entertaining, silly and escapist. Various views of men, women, genetics, monogamy and sex were raised by different characters – some of which were pretty shallow to be frank – but the characters had a warmth to them which ameliorated any distaste

I did have one problem: Rosie. Despite her eponymous nature and the fact that her relationship with Don is the plot of the book, she seemed curiously absent and distant. Locked in another room with her thesis. Attending college. Away from the focus of the narrative. We barely heard her. I think more people reported her words than she had lines of dialogue. And the only real description we had of her was “perfect” and “red hair”.  Oh well… it’s a new year, so let’s be generous and assume that Simsion did so deliberately so as to reflect Rosie’s experience of Don for the reader.

The conclusion to the novel seemed a little rushed and contrived but the arc of the story was never really a mystery. It was one of those novels where you could switch your brain off, enjoy the silliness and not really mind that in the real world people just don’t act like that!

of an ordinary wanderer with flawed principles...

YA Book Enthusiast from the UK

This Bookish Life Of Mine

Book Reviews and Other Bookish Amusements