An apt title to read this week as I have struggled with another vile bug. Or possibly the same vile bug that I’ve had since Christmas and never really shifted. 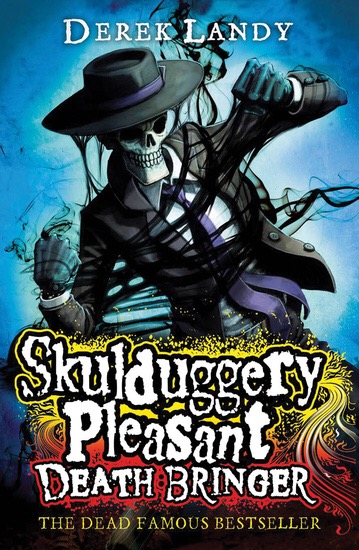 Or perhaps just book six in the Skulduggery Pleasant series.

I lost faith a little with Mortal Coil and the unnecessary violence inflicted in Valkyrie Cain there. I was pleased that Landy appeared to have stepped back: there is plenty of violence in here – plenty! – but it has a comic book quality to it rather than horror. It is perhaps telling that the final conflict is resolved in a Forbidden Planet store for a couple of reasons.

Ok. Let’s look at the plot. In some ways, the plot felt freer than previously. Almost pared down. The various generals of Mevolent’s war had been dispatched with previously and it felt as if Landy had drawn a line under that. Our antagonist instead was the Necromancy Order who had been erstwhile allies and were tutoring Valkyrie. They had discovered (or twisted into being) a sufficiently powerful necromancer to act as the fabled Death Bringer.

Once it was realised what the Death Bringer was intended to do, which isn’t wholly surprising given its name, Skulduggery, Valkyrie and the Sanctuary seek to stop her.

A lot of fighting ensues.

We also get a good chance to study the terrible Darquesse, the ultra powerful version of Valkyrie fated to destroy the world. And we discover the truth about – and again witness – Lord Vile. The full Lord Vile. Not just his armour. Their combat certainly came across as cool. And violent. Bones shattered and organs were crushed. But healed instantaneously. There was also something reminiscent of Man Of Steel about it though: two functionally invulnerable characters fighting each other quickly becomes repetitive. And stale. And dull.

In fairness, Landy does just about pitch it right. Better than Man of Steel.

The novel also seems more character driven than previously. Although there has been a gap since I read the previous ones so I may be doing them a disservice. The darkness at the heart of both Skulduggery and Valkyrie get star billing with echoes of Jekyll and Hyde. The somewhat cliched love triangle between Valkyrie, Fletcher and the vampire Caelan is resolved – with an always enjoyable swipe at Twilight

“We’re not Buffy and Angel, or Romeo and Juliet, or those other two from West Side Story. We’re not even Edward and Bella. OK? You’re far too freaky for me.”
He looked at her. “We’re meant to be together…”
“And this is exactly what I mean.”
“Our love is written in the stars.”
“And there you go again.”
“I love you.”
“You bore me.”
He faltered. “What?”

And we see far more of Valkyrie at home, with her parents, her baby sister and even her uncle and cousins.

Along with the fighting, Landy’s hallmark has been the comedy elements to his books: Skulduggery is typically described as wise-cracking; Scapegrace and Thrasher return as the comedy zombies. Personally, I think the comedy was overdone here a little: following the deaths in the assault on the Necromancers’ Temple, Cleric Craven and the remains of the order seemed to degenerate into farce and were almost played for laughs which detracted from the credibility of their threat. And the incessant joking and wisecracking from Skulduggery became just a little tiresome.

I did enjoy Fletcher’s character assassination of Valkyrie, though, when she dumped him

“Do you even care? I mean, I know you’re crying, I can see the tears, but they’re not tears for me. You’re crying because you feel bad. Those tears are about you, because everything is about you. It always is, isn’t it? The world revolves around you because you are just that selfish…. I don’t think it even occurred to you that I would be hurt. It never entered your head. You’re that obsessed with yourself, you know that?”

And I have to say I do kind of agree with him: she is an engaging character but all her wisecracking gives her a certain air of self-importance. It is important that we see her in these more domestic and mundane and emotionally vulnerable.

The novel leaves many potential threats by the end: Melancholia, Eliza Scorn, the continually misbehaving reflection and, most interestingly to me, Kenny Dunne, a journalist slowly patching together an exposé of the magical world of Dublin. 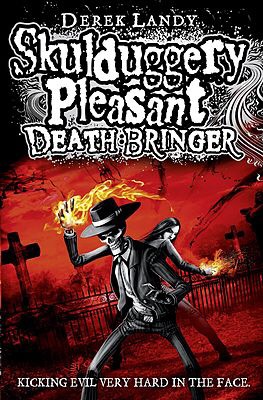