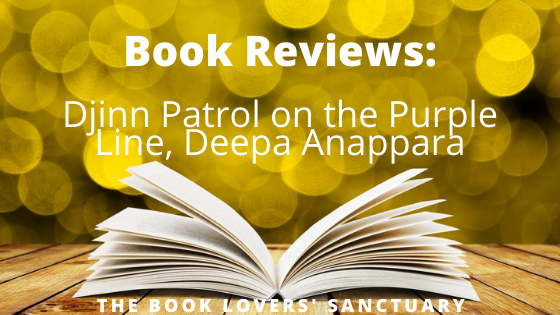 “Believe me,” the badshah says, “today or tomorrow, every one of us will lose someone close to us, someone we love. The lucky ones are those who can grow old pretending they have some control over their lives, but even they will realize at some point that everything is uncertain, bound to disappear forever. We are just specks of dust in this world, glimmering for a moment in the sunlight, and then disappearing into nothing. You have to learn to make your peace with that.”

This has been one of those novels I have been looking forward to all year: it appeared in my TTT here all the way back in January and then appeared on the Women’s Prize longlist. But it took a little while to get around to it, for some reason (life, pandemic, work, lockdown, NetGalley, Hilary Mantel, Bernardine Evaristo… I blame you!).

It incorporates so much that I find exciting: it is set in India, and in an Indian slum; it is explores tension and conflict between religions and classes; it is centred on child disappearances and predators preying on the most vulnerable in society.

I should have loved it.

But I didn’t. It just didn’t quite work for me.

Before exploring why was, let’s flesh out the plot a little bit. The novel (almost) opens with the sound of a scream in the basti or slum in which our narrator, nine year-old Jai, lives with his ma, papa and his sister Runu. The scream “is so loud I think it will squish the walls of our house” and “punches our walls”. It turns out to come from the mother of one of Jai’s classmates, Bahadur, who has been discovered to be missing. Jai, who has a passion for television detective shows, tries to solve the disappearance and find Bahadur himself as the police dismiss it as a child who ran away from a drunken abusive father. As Jai attempts to investigate with his best friends Pari and Faiz, the spate of disappearances continue and provoke the Hindu community in the basti to blame the Muslim community and mobs emerge in the markets and alleyways of the basti. The situation becomes a powder keg!

And this is both a powerful and important story to tell – and we can recognise Anappura’s journalistic background in her plotting here – and also promises and does deliver a thrilling journey. As the threat becomes less of a game and more personal for Jai, the writing becomes deeply affecting and tense and the bonds of the family are stretched to breaking point.

There is much here which is great: the description of the basti itself is vivid and vibrant, rich in sensory imagery: the colours and smells and textures of the basti and the market and the teahouses and Jai’s home were so alive! It was one of the most striking settings I’ve come across for a long time, polluted and claustrophobic at times, but also a playground for the imaginative and energetic Jai. Anappura has a beautiful way with language and her descriptions are unusual and punchy and muscular:

“Today’s news is spiky with fear…

“Papa’s words scatter onto the ground, for hens to peck and goats to chew, because Quarter’s ears are shut and they can’t get in…

“Some people are here only to feast on our tears and words. They’ll carry our stories in their lips that stick out like beaks and feed them to their husbands or friends who aren’t here.”

The imagery is just gorgeous, isn’t it?

But is it the imagery you’d expect from a nine-year old boy whose teacher has given up on him?

I think this is the heart of my problem with the novel: I am not keen on child narrators at the best of times, and there felt like a mismatch between the narrator and his narrative voice. Overly cute moments (“okay-tata-bye”) and childlike verbs like “squish” seem to vie with more consciously crafted and literary moments. It meant that Jai veered between innocent unreliability and precociousness – and at times some of the pronouncements from the adults around him felt a little too obvious and clumsy.

Within the apparent structure of a detective story, Anappara plays around with the form, beyond making the detective a nine-year old. She necessarily makes the structure more responsive to crises rather than actively pursued – the obligations of school and family and work impede the narrative, rounding out our experience as readers. It allows us to see and hear the dismissal of the basti children by all the authorities around them from teachers (and the episodes at school are painfully funny) and police and the hi-fi residents who treated the basti dwellers as chattels and no more than another appliance in the home. I did love how there were little clues that Jai came across which became relevant eventually – but too late, perhaps? – even if neither he nor the reader fully recognised their significance until later.

But is this a detective novel? Or social commentary? Or fictionalised journalism? One thing that a detective novel tends to offer is a neat resolution and climax, something that real life fails to do and Anappara both offers and witholds. The conclusion to the novel is deeply deeply affecting and heart breaking and incomplete and messy.

Within the novel, Anappara does drop away from Jai for chapters here and there. Each section begins with a number of stories that “will save your life”. Apocryphal urban myths of dead characters – Mental who had been “boss-man” to eighteen or twenty street urchins like a benign Fagin and who “almost never raised his hand against any of them” until his death; Junction-ki-Rama who was “let go” from her jobs after her daughter’s brutal murder and who haunted the junctions swearing at passers by until her own death – who become protective spirits of the dispossessed and vulnerable. These stories – which somehow had a ring of authenticity to them, as if Anappara had collected them from the children she had been interviewing herself – were wonderful and I’d have liked more of them.

We also had the accounts of the kidnappings themselves, from the point of view of the victims – Bahadur, followed by his friend Omvir, Aanchal and Chandni, Kabir and Khadifa – and these too were welcome breaks from Jai’s voice. They were richer and more sinister and dark as the basti almost seemed to turn on its own children becoming threatening and shadowy in contrast to the rather lighter experince that Jai has of it.

So, to return to where I began: I had high hopes for this book which were not quite realised. This is without doubt an important story to share and an important issue for India and the world to address; and there is no doubt that Anappara is a wonderful writer with a deft choice of language. But the way it was delivered, through Jai’s voice, did not quite work for me: it hampered or rendered artificial some of the more beautiful language, it limited the plot development because at the end of the day this was a nine-year old boy! The best parts – the stories to save your life, the victims’ stories, Jai’s family’s experience of grief – are so very very good that this is still a great novel, but not quite as great as it should have been.

4 thoughts on “Djinn Patrol on the Purple Line, Deepa Anappara”