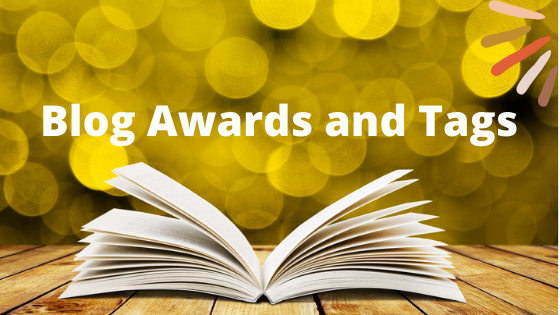 I am Michael and today, I have been nominated to do the Behind The Blogger tag. I was tagged to do this by the wonderful Danni at For Books Sake, a fellow British Book Blogger. Thank you for tagging me and it feels humbling and a little weird to be putting things about me rather than about books on the blog!

Why did you start blogging? Why have you kept blogging?

I love books. I love talking about books. I mean, I made a career out of it, as an English teacher! So blogging seemed like a natural enough extension of that. I began perhaps seven years ago, as I was in charge of our Reading Club shadowing the Carnegie Medal (which is absolutely worth shadowing regardless of your age: some of the best books and authors I have ever read such as Patrick Ness and Frances Hardinge came to me through those shortlists!). I had absolutely no idea of what I was doing beyond putting thoughts into words! No idea about the audience or the book blogging community, about tagging, about memes about followers…

What kept me blogging? Probably that slow learning curve about the community. I confess I spent very little time on the blog outside of churning out a review when I began, no reading other people’s posts, no commenting and it was a rather static thing. Over the years, I have found a real community of fellow book lovers and wonderful people – and Twitter and Bookstagram – and the blog became more alive and fluid (and demanded more time).

So in short, I came to blogging because of the books; I stayed for the community.

What is your favourite type of blog post to write?

Reviews. I love reviews. They were the reasons I began the blog after all.

I also love the Literary List memes I have begun trying to follow: the Top Five Saturday and Top Ten Tuesdays. The best ones, for me, force me to delve back into the past, recalling and remembering those gems from the pre-blogging years.

What are your top three favourite blog posts you wrote?

What makes a favourite blog post? So let’s look at the posts I have enjoyed writing the most.

What are some of your favourite things to do to relax?

Reading. Obviously. Everything. YA, historical, lots of crime, literary, poetry; following The Women’s Prize, the Booker Prize, the Carnegie Medal…

I also love to write and have (as many of us do) a licence to Scrivener, an annual attempt at NaNoWriMo and a range of unsatisfactory unfinished (probably unpublishable) works in progress and poems and ideas with no real clue what to do with them.

What are three of your favourite things?

I am going to take the word “things” in the question very literally: material objects. Which is a little tricky: I am horrifically unsentimental about things and throw them out at a drop of a hat!

What are your proudest blogging moments?

The interaction on the blog and the blogging world: every time someone leaves a comment, takes my blog post as the start of a conversation, every milestone that I pass makes me humble, grateful and proud.

What are your hobbies outside of blogging?

Cooking. I have always loved cooking – especially baking – and just yesterday grumbled that making another batch of cakes just before Easter and the deluge of chocolate that followed was silly. I also made three Christmas cakes this year because, when you buy the ingredients for one, there is enough left for a second and, this year, there was enough just in the store cupboard for a third, so why not? As I am the only person in the house who eats it – or the mince pies I bake – there are quite a few reasons why not, if I am honest! Plus bread and pizza and soups… The lockdown feels a little like something I have been preparing for for most of my adult life!

Alongside that, and somewhat in conflict with it, I’d probably have to say exercise… and I never thought I would be someone to say that. A year ago I was a comfortably spreading fellow but to support my wife, I decided to join her when she started exercising prior to an operation last year. The same part of my brain that insists on finishing reading a whole series of books – the completionist inside me – just kept it going and progressing so now an hour or more a day… yikes!

Describe your personality in three words

Three words. I always use too many in every situation so I should put loquacious, yet at the same time I am content with silence and quiet and am introverted too… What to choose, what to choose…

I hate to sound big-headed but I am going for intelligent: I love knowledge and understanding, can be a little obsessive about accuracy and clarity and – oh my! – grammar. Don’t get me started on “who” and “whom”! One of the reasons I delight in books, perhaps, is the joy of finding things I don’t know. Not in an I-have-learnt-this way but in an awesome, uncanny, unheimlich the-world-is-not-as-you-know-it way.

Let’s also add patient which is a word my work colleagues use about me in a way which doesn’t always feel like a compliment: “you showed a lot of patience there” can sometimes feel like it means “I’d have dealt with that much quicker”. It’s odd how management can do that to language.

Finally, calm or optimistic perhaps. I don’t think I am terribly flappable or anxious about things. The universe generally continues to run despite our best efforts!

My wife’s selection of words was silly, witty and loving…

What are your top three pet peeves?

What’s something your followers don’t know about you?

I am epileptic and have suffered tonic clonic – what used to be called grand mal – seizures since I was thirteen.