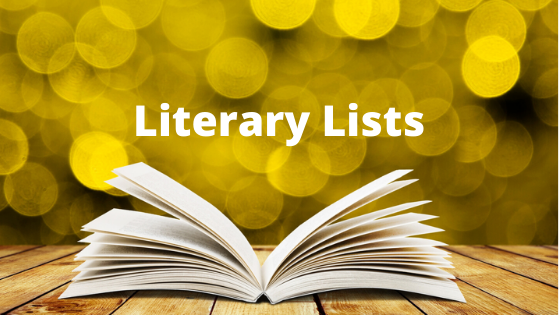 On the surface, a crime novel with a missing child and a police investigation and a community in crisis but so much more than that! A lyrical paean to the English countryside and to community and the rhythms and changes that both possess. This was a beautiful, wonderful and moving novel.

Midwinter in the early years of this century. A teenage girl on holiday has gone missing in the hills at the heart of England. The villagers are called up to join the search, fanning out across the moors as the police set up roadblocks and a crowd of news reporters descends on their usually quiet home.

The search for the missing girl goes on, but so does everyday life. As it must.

An extraordinary novel of cumulative power and grace, Reservoir 13 explores the rhythms of the natural world and the repeated human gift for violence, unfolding over thirteen years as the aftershocks of a stranger’s tragedy refuse to subside.

The Reader on the 6.27, Jean-Paul Didierlaurent

A charming read exploring the power of words and reading. Quirky, unexpected and beautiful.

Guylain Vignolles lives on the edge of existence. Working at a book pulping factory in a job he hates, he has but one pleasure in life.

Sitting on the 6.27 train each day, Guylain recites aloud from pages he has saved from the jaws of his monstrous pulping machine. But it is when he discovers the diary of a lonely young woman, Julie – a woman who feels as lost in the world as he does – that his journey will truly begin.

A powerful thriller with an horrific description of the horrors of extreme starvation in its prologue, and the lengths to which people were prepared to go in order to survive. And the depiction of Stalinist Russia with its atmosphere of oppression and paranoia was utterly convincing. And what a twist. It was, perhaps, a book that should never have spawned a trilogy!

MOSCOW, 1953.
Under Stalin’s terrifying regime, families live in fear. When the all-powerful State claims there is no such thing as crime, who dares disagree?

An ambitious secret police officer, Leo Demidov believes he’s helping to build the perfect society. But when he uncovers evidence of a killer at large – a threat the state won’t admit exists – Demidov must risk everything, including the lives of those he loves, in order to expose the truth.

But what if the danger isn’t from the killer he is trying to catch, but from the country he is fighting to protect?

The only word really to describe it with its cast of absurdly tragic and tragically comedic characters: Major Major, Yossarian, Milo Minderbinder, Nately…

Explosive, subversive, wild and funny, 50 years on the novel’s strength is undiminished. Reading Joseph Heller’s classic satire is nothing less than a rite of passage.

Set in the closing months of World War II, this is the story of a bombardier named Yossarian who is frantic and furious because thousands of people he has never met are trying to kill him. His real problem is not the enemy – it is his own army which keeps increasing the number of missions the men must fly to complete their service. If Yossarian makes any attempts to excuse himself from the perilous missions then he is caught in Catch-22: if he flies he is crazy, and doesn’t have to; but if he doesn’t want to he must be sane and has to. That’s some catch…

10 Minutes and 38 Seconds in this Strange World, Elif Shafak

I have a few (a few dozen) pages left in this as I type this and I so want to be able to link this to a review but doubt I’ll get time! Links can be added later!! My Teaser Tuesday last week, however, featured it.

This is the wonderful story of the final ten minutes and 38 seconds of the prostitute Tequila Layla’s consciousness after her heart stopped, and the memories and senses that drift into that consciousness; and of the efforts of her five friends – her “water family” – to reclaim her body from the Cemetery of the Companionless.

‘In the first minute following her death, Tequila Leila’s consciousness began to ebb, slowly and steadily, like a tide receding from the shore…’

For Leila, each minute after her death recalls a sensuous memory: spiced goat stew, sacrificed by her father to celebrate the birth of a yearned-for son; bubbling vats of lemon and sugar to wax women’s legs while men are at prayer; the cardamom coffee she shares with a handsome student in the brothel where she works. Each fading memory brings back the friends she made in her bittersweet life – friends who are now desperately trying to find her . . .

The 100 Year Old Man Who Climbed Out of the Window, Jonas Jonasson

Caution: possible controversial opinion: I did not like this novel. At all. That, perhaps is the reason why I never reviewed it. I did not like Hitman Anders and the Meaning of it All either. Unpleasant characters shoehorned into a promising but artificial conceit.

Sitting quietly in his room in an old people’s home, Allan Karlsson is waiting for a party he doesn’t want to begin. His one-hundredth birthday party to be precise. The Mayor will be there. The press will be there. But, as it turns out, Allan will not . . .

Escaping (in his slippers) through his bedroom window, into the flowerbed, Allan makes his getaway. And so begins his picaresque and unlikely journey involving criminals, several murders, a suitcase full of cash, and incompetent police. As his escapades unfold, Allan’s earlier life is revealed. A life in which – remarkably – he played a key role behind the scenes in some of the momentous events of the twentieth century.

Time travel, repeating lives – an interesting science fiction style concept which suffered from coming onto my reading list alongside Kate Atkinson’s Life After Life! It was good and interesting and developed into a decent time-travel thriller in which Harry August repeated his life every time he dies, carrying with him the memories of his previous lives, discovering that there was a community of others like him. As with her similar novel, Touch, it was thoroughly enjoyable – and her more recent novel, 84k – which could have joined this list because, well, numbers – is sitting patiently on my TBR list in the “will probably enjoy it but no urgency” category.

SOME STORIES CANNOT BE TOLD IN JUST ONE LIFETIME

No matter what he does or the decisions he makes, when death comes, Harry always returns to where he began, a child with all the knowledge of a life he has already lived a dozen times before.

Nothing ever changes – until now.

As Harry nears the end of his eleventh life, a little girl appears at his bedside. ‘I nearly missed you, Doctor August,’ she says. ‘I need to send a message.’

This is the story of what Harry does next, and what he did before, and how he tries to save a past he cannot change and a future he cannot allow.

The Accident on the A35, Graeme Macrae Burnet

I have yet to read this, but thoroughly enjoyed the first one in the series, The Disappearance of Adele Bedeau. An unusual and slow paced crime novel in which the inciting incident turns out not to be a crime at all, but leads to a resolution of a different decades old incident. The town itself, perhaps, was its own protagonist. This second outing for  Inspector Georges Gorski and the town of Saint Louis promises to be similarly promising.

There does not appear to be anything remarkable about the fatal car crash on the A35. But one question dogs Inspector Georges Gorski: where has the victim, an outwardly austere lawyer, been on the night of his death? The troubled Gorski finds himself drawn into a mystery that takes him behind the respectable veneer of the sleepy French backwater of Saint-Louis.

Graeme Macrae Burnet returns with a literary mystery that will beguile fans of His Bloody Project and The Disappearance of Adèle Bedeau. Darkly humorous, subtle and sophisticated, The Accident on the A35 burrows deep into the psyches of its characters and explores the forgotten corners of small-town life.

This one, I heard about and the concept seems intriguing but it is currently languishing low down on my TBR pile. It’s perhaps a little surprising that most of the books with numbers in the title have a French connection…?

Roland Barthes is knocked down in a Paris street by a laundry van. It’s February 1980 and he has just come from lunch with Francois Mitterrand. Barthes dies soon afterwards. History tells us it was an accident.

But what if it were an assassination? What if Barthes was carrying a document of unbelievable, global importance? A document explaining the seventh function of language – an idea so powerful it gives whoever masters it the ability to convince anyone, in any situation, to do anything.

Police Captain Jacques Bayard and his reluctant accomplice Simon Herzog set off on a chase that takes them from the corridors of power to backstreet saunas and midnight meetings. What they discover is a worldwide conspiracy involving the President, murderous Bulgarians and a secret international debating society.

This was long listed for the Booker Prize some years ago – 2017 to be precise – and I began it but was not gripped and never really decided to DNF it, but never found the time or inclination to return to it.

On March 3, 1947, in the maternity ward of Beth Israel Hospital in Newark, New Jersey, Archibald Isaac Ferguson, the one and only child of Rose and Stanley Ferguson, is born. From that single beginning, Ferguson’s life will take four simultaneous and independent fictional paths. Four Fergusons made of the same genetic material, four boys who are the same boy, will go on to lead four parallel and entirely different lives. Family fortunes diverge. Loves and friendships and intellectual passions contrast. Chapter by chapter, the rotating narratives evolve into an elaborate dance of inner worlds enfolded within the outer forces of history as, one by one, the intimate plot of each Ferguson’s story rushes on across the tumultuous and fractured terrain of mid twentieth-century America. A boy grows up-again and again and again.

As inventive and dexterously constructed as anything Paul Auster has ever written 4 3 2 1 is an unforgettable tour de force, the crowning work of this masterful writer’s extraordinary career.

Ah, Murakami! Always so inventive, so wonderful! Yet I never feel I quite get him, never quite hear his voice, which perhaps comes from the fact that it is in translation… But 1Q84 was my first ever audio book from Audible and I selected it for the worst possible reason: it was really really long and therefore gave great value for money! Fortunately I also loved it enough to keep going.

And it is a very empty blurb on Amazon:

This is the real world, there is no doubt about that.

But in this world, there are two moons in the sky.

In this world, the fates of two people, Tengo and Aomame, are closely intertwined. They are each, in their own way, doing something very dangerous. And in this world, there seems no way to save them both.

Something extraordinary is starting.