The Winter of the Witch, Katherine Arden

Disclaimer: I was provided with an ARC / Proof Copy of this book in exchange for an honest review. 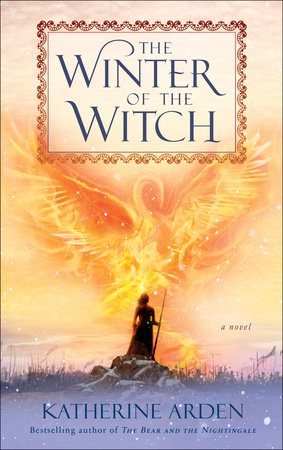 This is the third in Arden’s Winternight Trilogy which commenced with The Bear and the Nightingale and The Girl in the Tower, both of which I loved. Here we dive back into the half forgotten folklore and mythology of a pre-Christian Russia, beliefs and creatures struggling to find a way to survive against the bells of Christianity: the chyerti, comprised of the domovoi and dvorovoi, the vasila and vodyanoy and bannik. This book continues to follow the trials and tribulations and triumphs of the headstrong, willful but increasingly besieged Vasilisa as she struggles to survive the machinations of both the human world and the shadowy other world. Caught between princes and priests on one hand, and the mythic Winterking Morozko, his brother Medved the Bear embodiment of fear and chaos on the other, which path will Vasya choose?

And, my goodness, Arden doesn’t give poor Vasya much respite here: having defeated Kaschei the Deathless in The Girl in the Tower and released a phoenix which burned half of Moscow, this book opens mere moments later with the repercussions of that previous novel: an angry mob, violence and a fire in which to burn her as a witch. The first part of the novel is terribly painful for Vasya, and contains an almost unbearable loss the details of which I shall keep back but it was a hard moment, but from it, her powers as a witch blossom and the hinted at shadows of her own family history and the source of her powers are revealed. Medved, the antagonist from the first book is returned to and released from the captivity that Vasya’s father’s death wrought; Father Konstantin grows in power and threat; the undead upyry rise in Moscow; and in the background, the (historical) war between Rus’ and the Tartar gathers apace.

Throughout these books, Arden has dealt in apparent binaries: male and female; freedom and bondage; light and dark; fire and ice; order and chaos; human and chyerti; life and death; pagan and Christian. This crystallises in the eternal war between Morozko and Medved, the war in which Vasya sided with Morozko from the first book. The series, especially from The Girl in the Tower, examines and questions the value of that binary vision: Vasya acts as both female, seeking refuge with the women in her sister’s terem, and male, riding out with the army in the that novel; cutting her hair off and dressing as a boy again in this one, accepting her sexuality as a woman to rescue Morozko in this one; wreathed in magical flames and accepted by Pozhur the fire-bird but loving the winterking. Why should there be a need to select a side? Why couldn’t a young unconventional girl find her own way, be her own side? Why couldn’t we all? Binary opposites tend to annihilate themselves as they touch; if there is another way, to bring those forces together….

The characters are the driving force in these novels: boy, can Arden make you care for characters! Vasya in particular is a powerfully realised character, never falling into the trap of feeling anachronistic – a modern character in a fourteenth century setting. Fierce and powerful though she is, she is also weak and vulnerable at times, tempted at others, doubting herself and yet never quite giving up. And, whilst this is now the third novel in which Arden has explored the world of the chyerti, they manage to retain their sense of otherness and inhumanity. Even Morozko, with whom we spend most time and who becomes more human through the series, retains that otherness. Even some of the more minor characters – Sasha, Olga, Baba Yaga (yes, that Baba Yaga!), Ded Grib were convincing and rounded.

The quality of Arden’s writing is also fantastic: there is a subtlety and deftness with her description throughout the novel which make the world she creates palpable through all the senses, whether that be the frozen winters of Lesnaya Zemlya, the heat of a Moscow summer, the darkness of the Midnight Road, the Arcadian calm of the cottage by lake or the horrors of the battlefield.

However much I loved the book and the series, I did find that some of the pacing was a little askew, which is perhaps inevitable in a book where a good proportion of the time is spent on the Midnight Road. For my own taste, I found the final confrontation between Vasya and Medved in Moscow just a little anti-climactic and lacking the very real and palpable sense of horror of the earlier books, especially when Dunya returned to Vasya as an upyr. I still shudder. And the dual threats from Medved and the Tartars didn’t quite gel. But my biggest gripe occurred in the last few pages: dead characters should remain dead and not letting that one remain dead just smacked too much of sentimentality. Perhaps that says more about me and my cold flinty heart than it says about the novel!

Overall, however, this is an excellent and evocative read and a wonderful conclusion to a wonderful series by a fabulous writer. I shall miss the world of Rus’ immensely and look forward to whatever Katherine Arden writes next. Her writing for me is comparable to Naomi Novak, Francis Hardinge and Ali Shaw. Gorgeous. 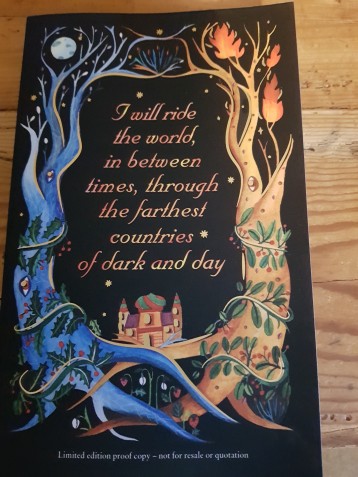