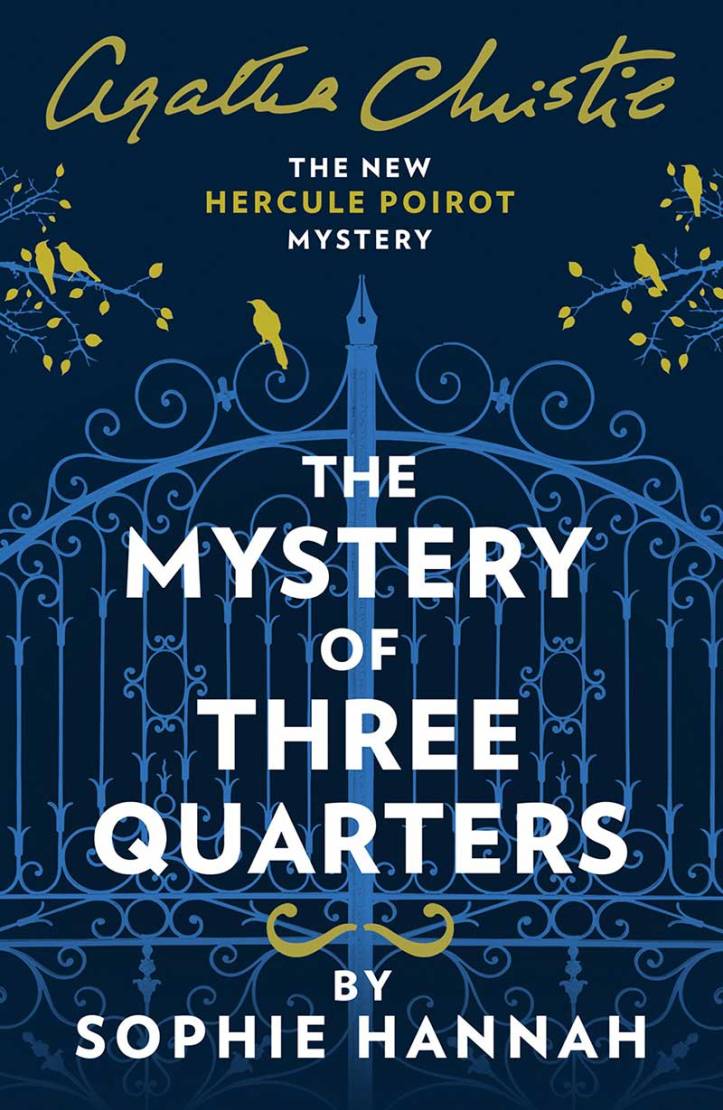 Hercule Poirot. Arrogant and dandy and moustache firmly in place.

A convoluted and contrived plot – very contrived in this instance. Very contrived. Let’s face is, when the plot of a novel revolves around the construction of a battenburg cake, that novel is – for fear of being criticised for repetition – is really very contrived.

The premise is that four characters receive a letter, purporting to be written by Poirot, accusing them of murder. The spiky and imperious Sylvia Rule; the bluster of John McCroddon; Annabel Treadway, around whom an air of grief lingers; the comically disorganised and forgetful Hugo Dockerill. Each letter accuses them of – and threatens to report them to the police for – the murder of Barnabas Pandy, a recently deceased and wealthy man who fell asleep in his bath and drowned. He was also the grandfather of Annabel Treadway.

The initial quartet are swollen by their children and spouses, their fathers and siblings. Family tensions within those relationships and within the family of Barnabas Pandy bubble to the surface of the novel. All the clichés you’d expect to see are present: changes to a will; old enemies; aged manservants.

Does Hannah twist our expectations? Yes, a little. The conclusion and reveal moment does not go to plan for our poor Poirot – and less happily again for another character – but there was nothing earth-shattering in it.

Whilst the whole concept is warm and cozy, I do not terribly warm to her writing style. She does it in all of her Poirot novels: opens with what seems to be a third person omniscient narrative for a couple of chapters before bringing on our first person narrator, Edward Catchpool. Who explains and dismisses this narrative ‘cheat’ by commenting that

“I am the person telling this story – not only now, but from the beginning, though I have been helped by several people to fill in those parts of the drama for which I was absent. I am especially grateful to the sharp eyes and the loquaciousness of Hercule Poirot, who, when it comes to detail, misses nothing. Thanks to him, I do not feel that I, in any meaningful sense, missed the events I have so far recounted, all of which occurred before I returned from Great Yarmouth.”

And with that out of the way, we are free to gallivant off to some isolated cottage in the countryside with Poirot whilst our first person narrator remains elsewhere.

It’s not clever. It draws attention to the story telling rather than the story told and, therefore, risks bringing the reader out of the novel. It did bring me out of the novel. It was unnecessary and adds nothing. Experiment with form and structure, by all means – look at some of my other reviews: I don’t mind experimentation – but don’t just cheat!

there was never actually any murder at all! Barnabas Pandy, as was pretty obvious from the beginning, died in exactly the way he was declared to have dies from the beginning: he died in the bath after falling asleep. A tragic accident and nothing more.

"I am simply a book drunkard."