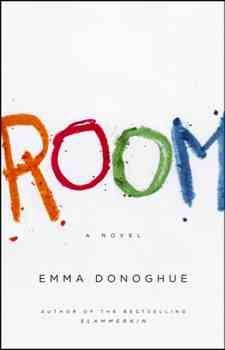 This book had been on my to-read list since it was listed for The Booker Prize. The copy I had was electronic and just stopped about 20 pages in… And I never got round to replacing it.

Until it cropped up whilst I was browsing on Audible.

This was a perfect book for an audio file: not only is it a first person narrative which is always going to work best on audio, the voice of the narrator is the key to this book. Initially, the infantile voice of the five year old narrator was off putting but that was quickly overcome by the purity and innocence of his narrative voice. That voice was created through the hyper extension of grammatical rules and the omission of articles in sentences (which had the effect of personifying almost every element of his environment, presumably filling the social void caused by his isolation). There were one or two moments when I did question the authenticity of the voice: he discusses minus numbers within the opening chapters which jarred a little. Do five year olds have a concept of negative numbers? Really?

For those who’ve not come across this wonderful novel, the narrator Jack is five years old and it’s his birthday which opens the book. Throughout those five years, he believed the world to be comprised of the 11 foot square cell in which he and his mother had been incarcerated by an abductor. In fact, Jack’s mother had been abducted seven years previously and Jack was the product of the sexual abuse she suffered through that time. The appalling abuse suffered is mediated for us through Jack’s eyes: Donoghue strikes a very sensitive balance between her reader’s need to understand and her narrator’s innocent lack of understanding. We know what the noises Jack hears mean when Jack has no idea.

In the opening chapters, I was not sure in what direction she was taking us. Was this going to be a bleak tale of the destruction of innocence and hope (not unlike the 2014 Carnegie Medal winning The Bunker Diaries)? When Jack and his mother managed to escape perhaps a third of the way through the book I was genuinely elated at their freedom but continued to dread what might be in store for them in the last five hours of recording. I did genuinely pause my listening for a couple of days!

The story, I suppose, progressed in a fairly predictable manner in that the difficulties faced post-escape were just as traumatic as the horrors of the capture. The media. Lawyers. Police. These institutions all play their role in constructing a narrative around the abduction for their own ends. I loved the moments in the book where Jack was watching snippets of the media coverage of his own escape: stories within stories within stories, none of which were narrated with any degree of reliability.

It really is a remarkable book, purely through the voice of Jack. There’s a strength and beauty to the power of humanity to persevere despite the horrors we experience. It is, unlike The Bunker Diaries, a very optimistic and hopeful read.