Miniature review due to absence of Internet and wifi. In fact, only now possible because phone can – sometimes – get some reception…

I can imagine the genesis of this novel. It seems to have started as an idea, a concept. A damned good idea but very much an idea rather than a novel.

I know nothing of the relationship or friendship between Pratchett and Baxter but I can imagine one visiting the other and conversations revolving around the sentence “What would happen if…” In this case, the conversation (no doubt swilling brandy around and a crackling fire in a cavernous chimney breast behind them) might have gone like this:

“What would happen if there were a number of worlds parallel with this one?”

“A parallel universe? Oh come sir, that’s been done before. Did you not see Abrams’ Star Trek?”

“No. No. Not one divergent world. Hundreds. Thousands. Millions. Divergent at the level of evolutionary development rather than personal tragedy.”

“Hmmmm,” swilling brandy meaningfully. “But which one would we set our story on? One where dinosaurs rule? It’s been done before.”

“Again no. Not one world. All of them! People could just… step from one to another. Like a road.”

And so The Long Earth may have come about. There is an infinity of Earths. Some people can step across naturally and intuitively; some can train themselves to do so; some can do so with the help of a device; and some can’t step at all.

It is a great concept. The economic and political implications would be vast and are touched on here. Surfaces are scratched. In an economy where scarcity denotes value, what has value when there are an infinite supply of resources?

At its heart though, this is an exploration novel: our somewhat anti-social hero Joshua Valienté, whose mother had spontaneously stepped during labour, gave birth to him and stepped back leaving him alone for a for a few moments before popping back to recover him, embarks on a voyage with an allegedly sentient computer called Lobsang to explore.

The majority of the novel follows them stepping across over two million Earths of primarily identical empty landscapes. There is an effort to vary the Earths: some are watery, some are frozen, one has no moon and another has no Earth. But the novel is, necessarily, episodic as a result with some effort to suggest threat or pressure ahead of them.

Joshua was a reasonably interesting character. Born as he was, he had a natural affinity with the multiverse; but also a natural antipathy to crowds of people. He also came across as mildly Aspergers in his discomfort with people and liking of rules and following them. Lobsang was, frankly, annoying.

Was this a good book? I suppose so. It is an interesting concept with a huge amount of potential. But nothing much happened. And the characters weren’t enough here to carry the novel fully without more plot.

I will probably read the next book, The Long War to see where they take it – after all, there were a lot of scenes to set! I’m intrigued enough to give them another opportunity but I’m hoping the result isn’t quite so self-indulgent as this! 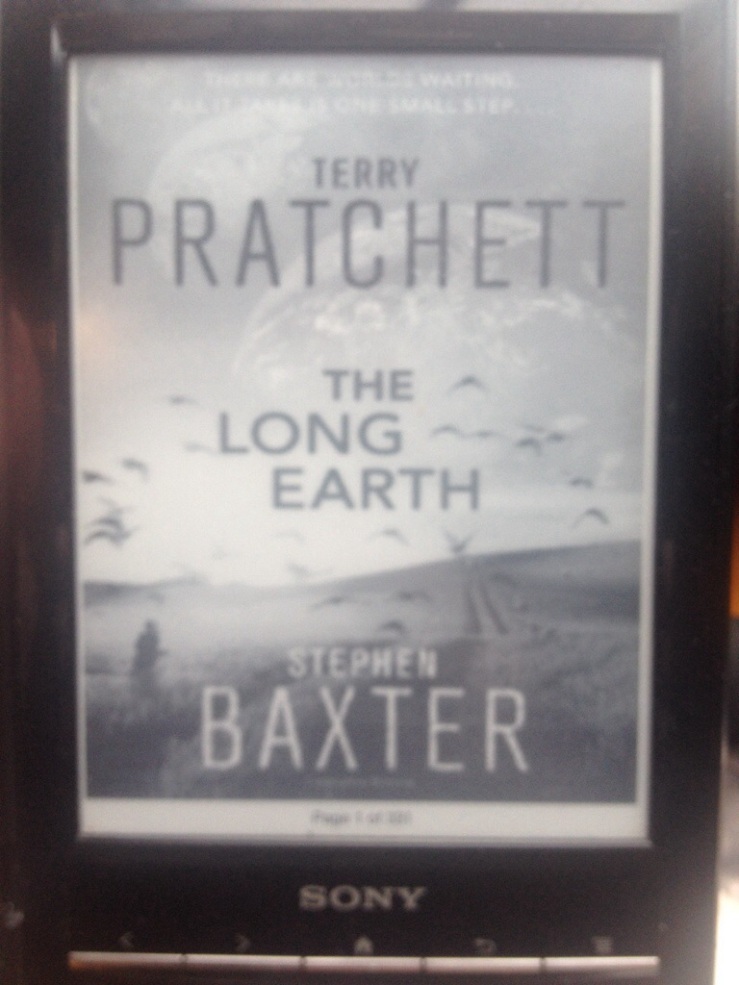 3 thoughts on “The Long Earth, Terry Pratchett and Stephen Baxter”