What was this book about?

Murder and a new detective in the Murder Squad of Scotland Yard.

I didn’t think he was a very confident person in what he did but he was actually very good at it.

How would you compare him to other detectives?

What attracted you to this book?

When is the book set?

How explicit is the violence in the book?

The first murder isn’t; the second murder was from the victim’s point of view. What it felt like.

How does the book deal with the divisions between classes in Eighteenth Century society?

You what? It doesn’t. There isn’t a division. There only one upper class character – a doctor – and he gets his throat cut. Serves him right. He was going to murder one of the constables.

So how successfully does it recreate the seedy underbelly of society?

Fab! You could practically smell the pubs and see the foggywog.

So it was atmospheric, was it hunni? 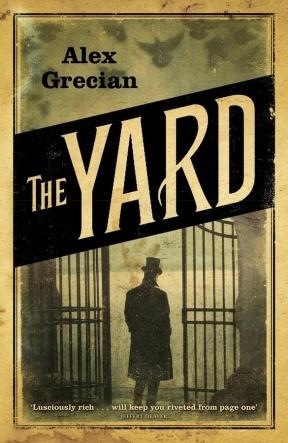 What sort of reader would the book for?

As I’m not a big reader … as I find books hard to get into, I would recommend this book for anyone who likes a good story.