Right, following on from seeing Philip Reeve in person – gabardine clad, animated and inspirational – and having had the question posed to me of how you could not read a book whose opening paragraph is

“It was a dark, blustery afternoon in spring, and the city of London was chasing a small mining town across the dried-out bed of the old North Sea”

I thought I’d spend some part of my half term catching up on the admittedly great Mortal Engines.

It is a brilliant book. And I’m about half way through but what struck me was the comparison with China Miéville’s sublime Railsea. 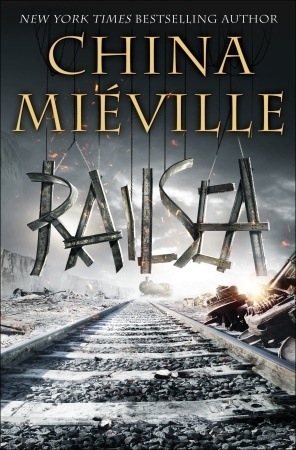 Having looked at the opening lines of Mortal Engines, let’s do the same for Railsea.

“This is the story of a bloodstained boy.
There he stands, swaying as utterly as any wind blown sapling. He is quite, quite red.

See here for my earlier review of Railsea

Both books open with a chase: London chasing its mining town; the Medes – Miéville’s hunting train – pursuing a moldywarpe – a gigantic mole that lives beneath the earth on which the rails are embedded. We are thrust by both writer in medias res into an alien, fantastical world and left to fend for ourselves.

Both books open aboard a huge moving mechanical monster: the city and the train. Reeve pursues to personification – monstrofication? – of the city, extending the metaphor of Municipal Darwinism into the guts of the city.

In both books, the narrative focus shifts to a young boy who is unremarkable in every way: Tom the apprentice historian (third class); and Sham ap Shoorap, apprentice doctor. Both boys are orphans; both boys are familiar and recognisable, juggling teen hormones, boredom, frustration, resentment and an unlikely adventure.

In both tales, the boys listen to and feel the vibrations and movement and song of the city or the train. Sham listens to the shift “from shrashshaa to drag’ndragun” as the train’s acceleration is heard through his feet. And Tom “felt the telltale tremor in the metal floor… Dropping his brushes and dusters he pressed his hand to the walk, sensing the vibrations that came rippling up from the huge engine-rooms down in the Gut… boom, boom, boom like a big drum beating inside his bones.”

I’m not sure why I respond to this so strongly. Perhaps any writing which makes the effort to go beyond mere visual and auditory description appeals – Peter Carey’s Oscar and Lucinda, if I recall rightly, was very odorous. But the sensuality of touch is so evocative and compelling for me.

Both Reeve and Miéville are clearly deeply seated in this steampunk milieu, both of them delighting in the imaginative and linguistic possibilities… But let’s glance at them as characters themselves.

Philip Reeve has adopted the style and dress of the nineteenth century. Looking at him, one expects either a footprint of a monstrous hound to be discovered by him… Or a sinister promising wardrobe through which a lipn’s muffled roar could be heard.

whereas China Miéville has adopted a style more reminiscent of the street, the football field, he is as (self-consciously?) urban as Reeve is urbane. 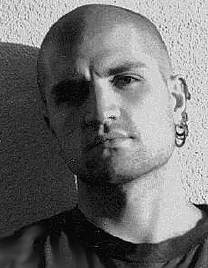 And Miéville is already – and Reeve is quickly becoming – amongst my favourite writers! How fabulous would it be to get them both in the same room! Steampunk nirvana!

It’s odd where my brain drifts off to whilst digging on the allotment!